Which Canadian think tanks are transparent about who funds them? Which lag behind their peers in Canada? And how do Canada’s think tanks compare to those in other countries  when it comes to funding transparency?

Transparify’s newly released report, Think Tank Transparency in Canada: Lagging behind the US and UK reveals which Canadian policy institutions are transparent and which are not. In particular, it identifies four highly opaque think tanks that between them have sought to influence the policy making process in Canada through at least 216 appearances in front of parliamentary committees, and collectively generated nearly 60,000 media mentions. 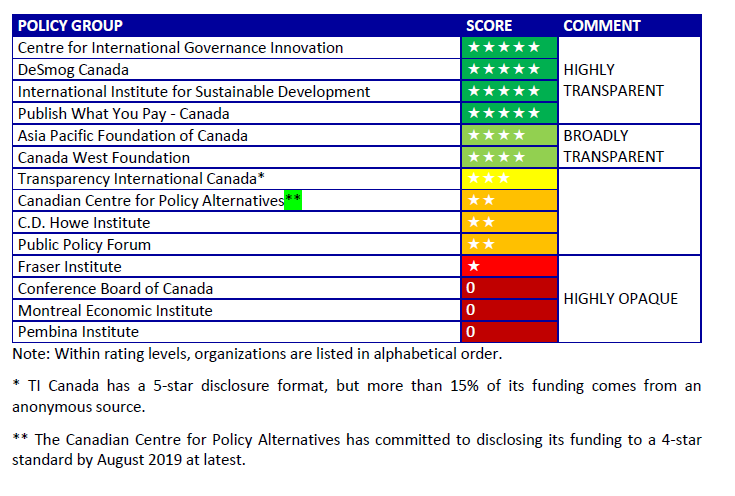 Overall, despite significant gains in transparency over the past year, Canadian think tanks still lag behind their peers in the United States and United Kingdom in terms of their funding disclosure.

Previous Transparify reports have been covered widely in the media. Numerous think tanks and transparency organisations have welcomed our work. Background information on think tanks, transparency and lobbying, including many cases involving UK institutions, can be found in our four annotated bibliographies.

Read the full report, Think Tank Transparency in Canada: Lagging behind the US and UK.