[This article was initially published by Wonkcomms. WonkComms is the go-to platform to learn about think tank communications.]

I was never particularly good at making mixtapes—my teenage musical tastes were too uncultured, my town too small to support more than your standard country/classic rock/top–40 radio stations, and my working-class parents too poor to support much of a music-buying habit.

(For you youngins, “mixtapes” are those pieces of Old Earth technology that Star Lord carries around in GotG. They’re like worse-sounding Spotify playlists if Spotify made you listen to the entirety of every song as you added it to your list.)

None of that stopped me from spending entirely too much time pasting songs together onto off-brand cassettes from the dollar store.

There were rules to a good mixtape:

The mixtape (or, for you kids, the playlist) can teach us a lot about content in our digital age.

Metaphors are important to the digital world. So much of what happens on the Internet is strange and new that it’s natural to want to explain it in more familiar terms.

Unfortunately, when it comes to online content, we’ve picked the wrong metaphor. We typically think about our text content in terms of documents. We start each one in Word, run each through an editing process, then task someone with getting the final approved content out of Word and onto the appropriate platform.

The document metaphor has two significant (and interrelated) limitations:

The underlying problem: the document metaphor is rooted in the world of print, where a document can be in only one place at one time. Digital content doesn’t work that way. It can be in a lot of places all at the same time.

Your digital content is not a document. It’s a song.[Note]At On Think Tanks we have used the musical metaphor before. See: Communications as an orchestra.[/note]

And here it is one more time: 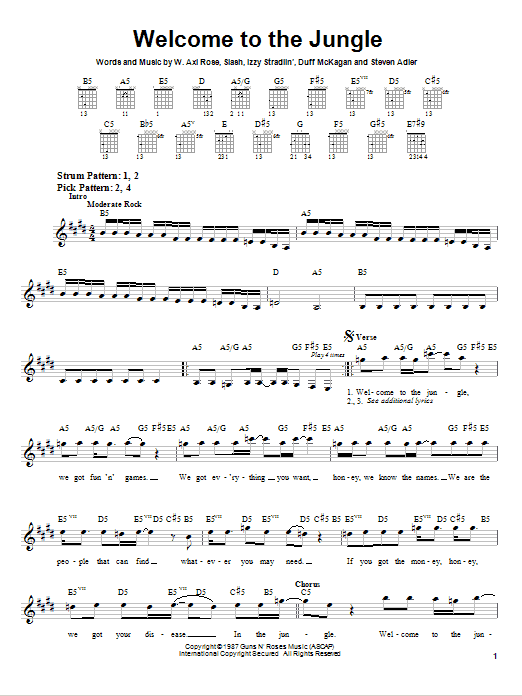 The answer, of course, is that these are all nonsense questions. They’re all real versions of the song. The song doesn’t live anywhere. And lots of different things can come before or after the song, depending on which instance of the song you’re talking about.

Here’s the thing, though. All those questions are just as nonsensical when applied to your digital content.

Your content is a bunch of 0s and 1s in a database. There’s no “real” version of it. It doesn’t live anywhere. A bewildering variety of things can come immediately before or after it.

A song is a particular sequencing of musical notes and words. A song can be presented in a lot of formats—as an audio recording, a live performance, a video, a piece of sheet music—and accessed via a lot of different devices—a computer, a phone, a store, a voice assistant, in person.

The internet is a mixtape

The song metaphor has another distinct advantage. Remember those mixtapes? They were all built for some purpose.

Just like with those old mixtapes, digital content can be combined in different ways for different purposes. Content-as-a-song is fundamentally modular.

That means identifying pieces of content by function rather than my format. And it means building a CMS that allows you to work with chunks of modular content, rather than big blobs of body content dumped directly from a Word document.

I’ve written a bit elsewhere about the case for modular content. John Schwartz recently offered a nice example of modular content in practice. If you’ve not looked at either yet, I’d encourage you to go do that now.

The cool thing about modular content is that it enables an entirely new kind of writing. In a document, the content is all linear, with an order determined entirely by the author.

Modular content is nonlinear. Any given module could potentially be paired with dozens or even hundreds of other modules.

And just like the musical variety, those mixtapes can be customized for particular purposes. Some might be channel-specific (e.g., this combination of modules for Facebook, that one for Medium, this other one for the website, still another for Instagram). Others can be audience-specific (e.g., this collection is for eco-conscious commuters in Boston, that collection is for SNP voters in Aberdeen).

Or, to use the buzzwords du jour, modular content is the first step toward omnichannel publishing and adaptive content.

Getting the right combinations of modules for the right devices takes some work. It’s a job for the wonkcomms equivalent of a producer. In the music world, writing a song, performing a song, and packaging a set of songs into a larger collection are three different skills. Often (though not always), songwriter, performer, and producer are different people.

Many of our organizations have research directors—the songwriters who provide shape to our research programs—and researchers—the stars who bring that research to life.

Wonkcomms-ers are ideally suited to play producer, bringing the various modules together into policy mixtapes.

That work is likely to take on several different forms. Some of it will be editorial, building bespoke mixes by hand. Some of it will be via API design, writing rules for combining modules into longer collections. In the coming years, some of it may be designing the machines that go on to learn user preferences.

Dumping the document metaphor in favor of the song metaphor is a first step on the path to embracing our role as producers. It’s a big conceptual shift, but one that we’ll need to take if we’re to make our content ready for the next chapter of the Internet.

Plus, I make policy mixtapes is a pretty cool job description.

Previous
Part 12 of  Think tanks and communications
Next
About the author:

Joe Miller:  Content strategist and director of the Washington, DC studio of Soapbox, a creative communications agency working on reports, infographics, websites and brands for many of the world’s leading think tanks.

The world is nudging us all the time: stop signs, ‘wet floor’ signs, even the beeping sound your fridge makes when you leave it open too long. These nudges encourage us to think and act...

Rose Abdollahzadeh, Director of Research Partnerships at Chatham House, talked to Enrique Mendizabal about the Chatham House SNF CoLab and the Futurescape project. The SNF...

Wailea Zülch, engagement manager at foraus talked to Enrique Mendizabal about the think tank's grassroots model, their engagement with volunteers across Switzerland, and...

Denisse Rodríguez Olivari talks about her work on gender and policy through Voceras, an initiative designed to close the gender gap in Peruvian media. Voceras provides...

School for Thinktankers 2021: a summary

The School for Thinktankers   is designed to prepare and inspire the next generation of think tank leaders, build a community of thinktankers, and encourage participants to reflect on their...