Think tanks can influence policy in a great number of ways. There is not a single approach – and there are certainly no full-proof strategies.

I was recently asked to present a few of these strategies to an audience of think tank’s directors from the Western Balkans. They, their teams and their think tanks are facing what could be characterised as a “perfect storm” of contextual challenges. There, the context is not something that can be considered as “exogenous” to their mission. The context is their mission.

My presentation attempted to provide an indication that think tanks can pursue different pathways to change through a range of strategies. These have to serve the functions that the centres have chosen to fulfil in their societies. And both are certainly going to be affected and shaped by the contexts they face.

I drew from examples, current and historic, from around the world to offer a menu of strategies – one per challenge.+

First a word about functions and institutions

Think tanks are not created equal. Besides their business models and the way they present themselves, they do not all aim to fulfil the same functions. Some of these include:

These functions are important because they may help or hinder a society’s efforts to strengthen its democratic institutions. +

The following scenarios present different contextual challenges that think tanks have faced or face across the world. I chose them thinking about the audience at the conference but they could be easily considered by think tanks elsewhere.

Waiting for the right moment 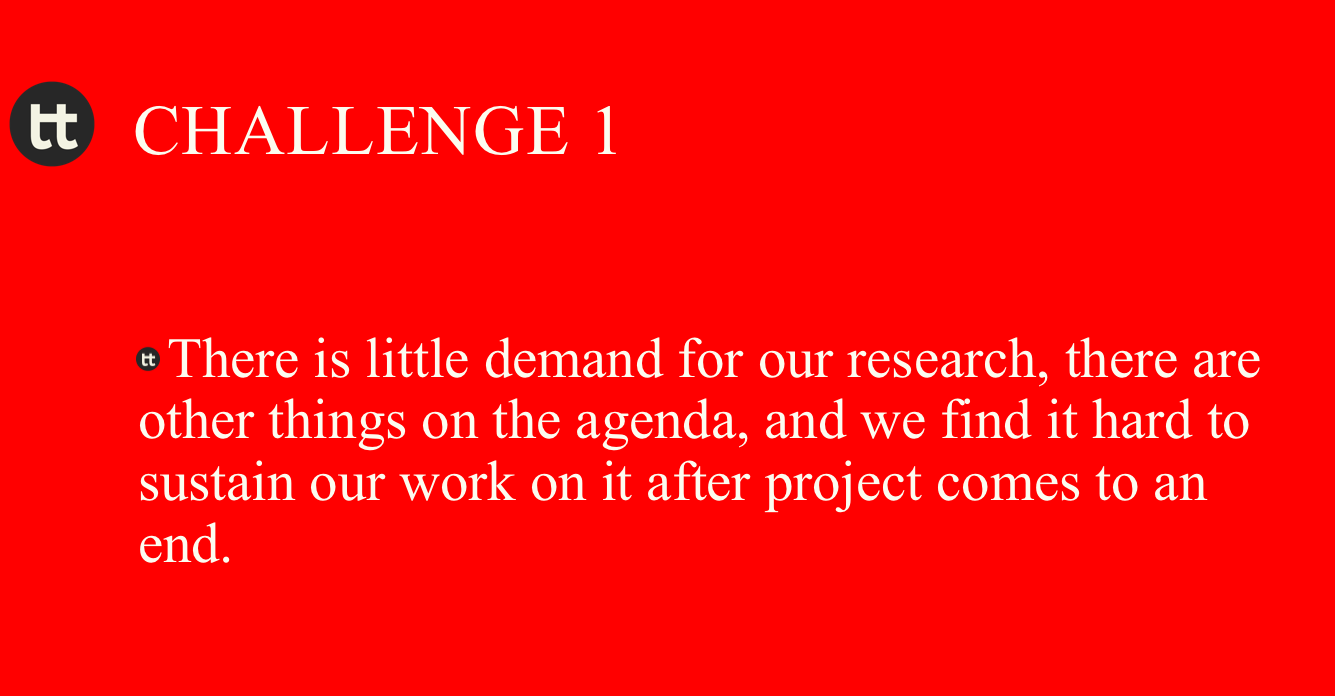 This is a common challenge for think tanks –specially those who depend on project funding. There is no way to guarantee that policymakers (or other groups) will be interested in your research findings precisely when your project comes to an end. Still, many think tanks resort to publishing all their reports, policy briefs, videos, etc. at the same time: during the last few weeks of the project. Then, nothing. Silence.

Instead, by taking an approach I have referred to as “Communications as an Orchestra”, think tanks can plan the production of communication outputs and their dissemination in a way that would maximise the chances of influence in the long term. This is akin to get the public to “sing-along” our ideas and arguments during and after the project to maximise chances of “being there” when the window of opportunity opens. To do this, think tanks must take advantage of all possible communication channels: publications, media, events and digital. 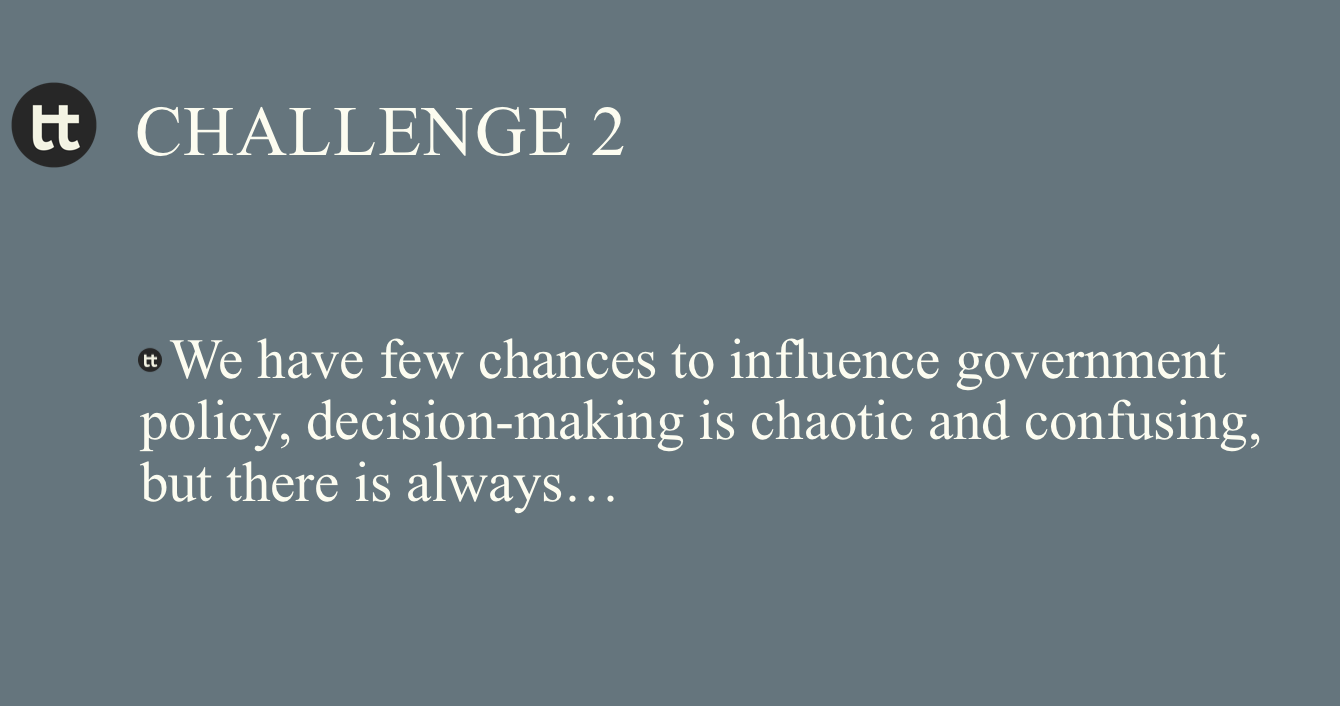 … the budget. I most countries there are certain events (or processes) that, regardless of the chaos around them, are rather well defined and relatively easy to predict. The budget announcement (and the process before) is a good example of this. In the UK, a think tank, The Institute for Fiscal Studies (The IFS), has managed to position itself as reference, a focal point, and a trusted source of evidence and opinion for politicians (even from the governing party itself), the media and the public by focusing a great deal of its research and communication efforts around the budget statement.

In other countries, there may be annual events (for instance, festivities or party conferences) that could provide think tanks with a focus point for their efforts. Internationally, too, there are opportunities to target annual UN meetings, G20 summits, COPs, etc. They are planned years in advance and offer think tanks a chance to participate in a rather structured and predictable process –something they rarely have a chance to.

Think tanks that target these pre-defined policy windows may not be able to claim to be influential on the day but could certainly help inform the public and inform the agenda and the discussion in subsequent opportunities. 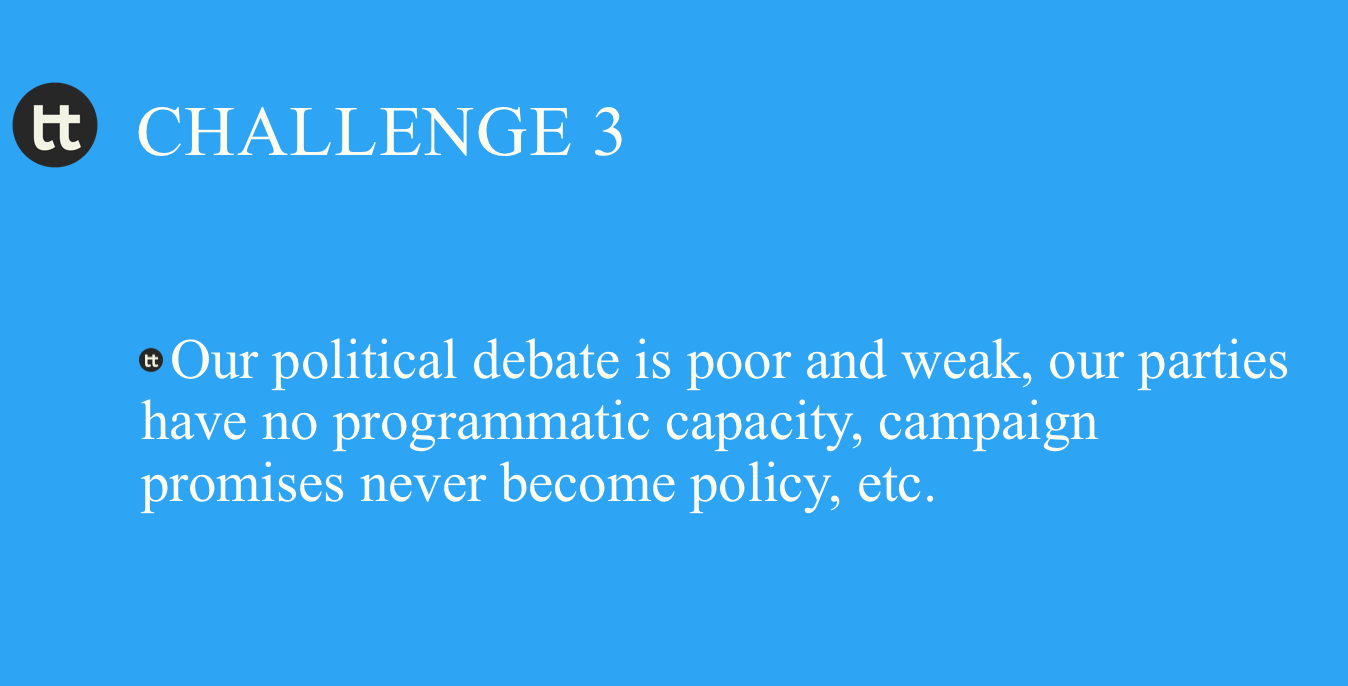 Think tanks in Latin America have taken to a strategy that seeks to pre-empt party manifestos, disseminate ideas across parties, to the media and the public, and position their experts for top jobs in the run up to elections. +

These efforts have four main components: 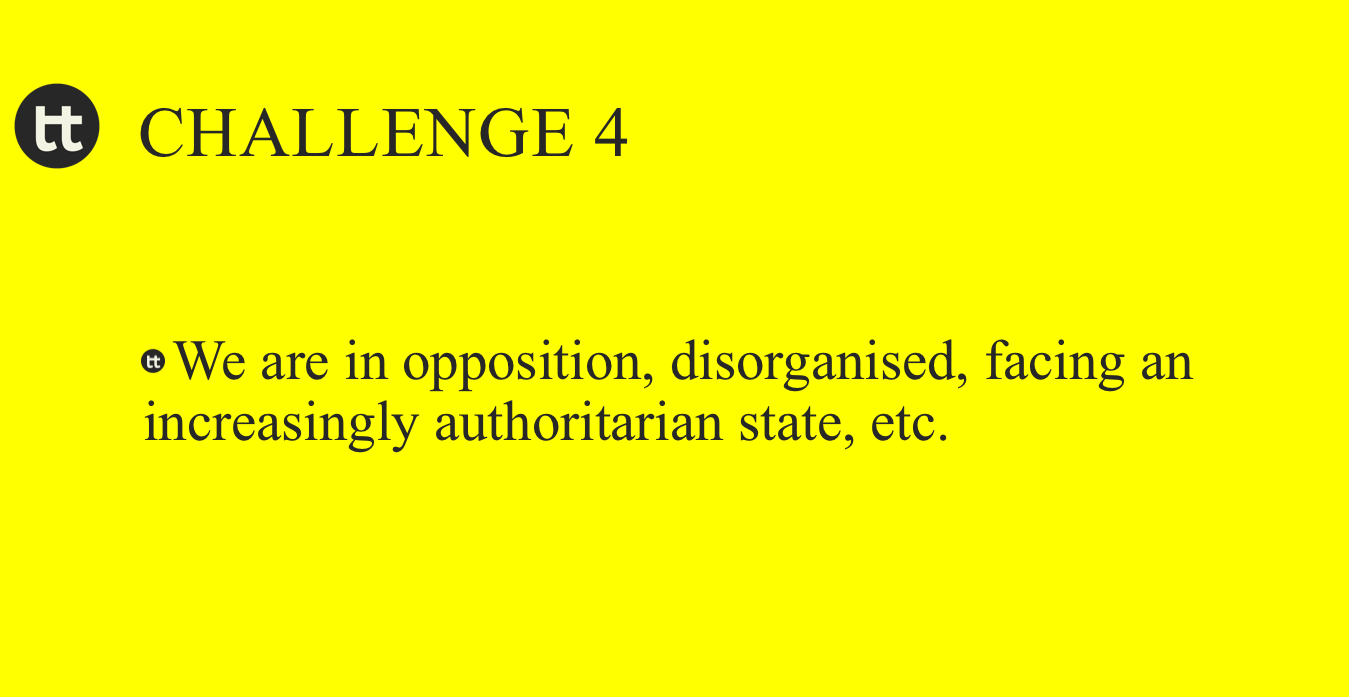 The Chilean case offers an excellent historical account to learn from. There, think tanks developed and popularised new narratives, built consensus, convened and supported new networks and prepared future decision-makers to support the emergence of a credible and competent opposition to Pinochet’s dictatorship.

According to Jeffrey Puryear, who wrote a book on the role of think tanks in Chile’s 1970-80s political reforms, “[their] most significant contribution was psychological, not intellectual”. After a period of “making sense” of the causes and the consequences of the dictatorship (see below) think tanks turned their attention to strengthening the relationship between factions and politicians who had hitherto not been able to work together. Their events provided them with an opportunity to engage in policy discussions and learn how to work together “in a democracy”. Think tanks became launch pads for the formation of the opposition, a campaign for democracy and the leaders who would go on to make up the first government in democracy.

This is a key function that think tanks often forget about.

Making sense of it all

The historical literature on think tanks often refers to waves of think tank development. In a single country, for instance, certain events constitute systemic shocks that threaten to overthrow all institutions. In these moments, think tanks have the chance to rethink their value proposition and pursue alternative approaches –or succumb.

In the US, the First World War and the Wall Street Crash, for instance, constituted a shock that forced think tanks to take a different approach –and saw the emergence of new think tanks.

In Chile, the coup d’etat in 1973 threw all Chileans though they knew about their own democratic credentials out of the window. For years after the coup researchers scrambled to find safe havens for their work (and themselves and their families) and a wave of new think tanks emerged.

More recently, Brexit has forced many think tanks to rethink their approach and, most importantly, and exactly as think tanks in the US and Chile, before them, they have refocused their research from attempting to influence policy to trying to understand what happened.

In a context of uncertainty, the best think tanks can do is to attempt to explain what happened: use research to make sense of it all.

What is your contribution?

There are, of course, other strategies to deal with these challenges -and there are other challenges. Think tanks need to consider what is the contribution they are trying to make to their societies before adopting a strategy. After all, if they are, in fact, influential, then how they seek to achieve impact is as important (if not more) than whether they actually do.