Continuing with our communication options series, we have now compiled a list of semi academic journals from several known think tanks around the world. Semi academic journals are a great way of providing publishing space for think tank staff and notable academics and governmental officials, presenting new research and projects and promoting the organisation’s opinions on politics and policy.

Many think tanks publish print semi academic journals, which are either sent out to specific individuals and organizations or which offer a subscription to the general public. For example, RAND´s print magazine the RAND Review is published three times a year and summarizes research undertaken by the organisation and is sent to over 10,000 leaders and policy makers such as members of the U.S. Congress, members of the military, foreign government officials, researchers, etc. They are also sent to several bookstores and public events around the United States. Additionally, they offer an online subscription upon request.

The Wilson Quarterly, from the Woodrow Wilson International Centre for Scholars, is another such publication, but slightly less academic, filled with articles on current national and international news, op – eds and book and article reviews. As of 2012, it is only available in digital format.

The Cato Institute also publishes the Cato Journal, which touches upon interdisciplinary topics of public policy and strives to have notable individuals on their contributor’s list.

These types of publications always contain articles that are of particular interest to their target audience. For example, FOCUS Magazine, from the Joint Centre for Political and Economic Studies, features pieces on politics and economic and social concerns affecting the African – American population, as well as the rest of the country. Resources for the Future, a think tank on natural resource and environmental policymaking, publishes Resources Magazine, which the organisation freely distributes every three months to individuals and institutions upon request. 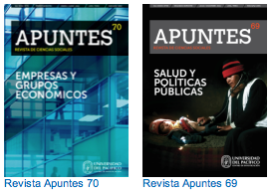 Several think tanks in developing countries also regularly publish semi academic journals. Universidad del Pacifico’s Centro de Investigacion in Peru has a journal called Apuntes, printed every semester since 1973. Its purpose is to distribue and promote social science research beyond its own institution on economical, political and social issues that affect Peru and Latin America. Individuals who are interested may send their articles to Apuntes, where they will be externally reviewed by two experts and then approved by the Editorial Committee.

India’s Institute for Defence Studies and Analyses has three journals: Strategic Analysis, Journal of Defence Studies and CBW Magazine. Strategic Analysis has been in circulation since 1977, and is published bimonthly. It is also an open forum for those scholars and analysts interested in national, regional and international security issues that have policy relevance for India. Articles are peer reviewed before included in the journal. The Journal of Defence Studies was created in 2008 to complement Strategic Analysis, and encourages research on defense by providing a platform for sharing new research findings and academic opinions. Scholars and analysts may send either analytical articles or book reviews. CBW Magazine, as its title tells us, is more in magazine format: it features a cover story in every issue, and its articles do not have to be peer reviewed. It focuses solely on chemical and biological weapons.

While most still offer print versions of their publications, more and more organisations and institutions, including think tanks, are now offering digital formats of their journals. These can be downloaded online in PDF form, read via an application on a smartphone, or designed to be read on a tablet or electronic book such as Amazon´s Kindle. These versions can either be free, such as the applications, or be of a lower cost than hard copies, both for the reader and the institution.

Apuntes, for example, is printed but there is a web portal for it, simple yet easy to use: 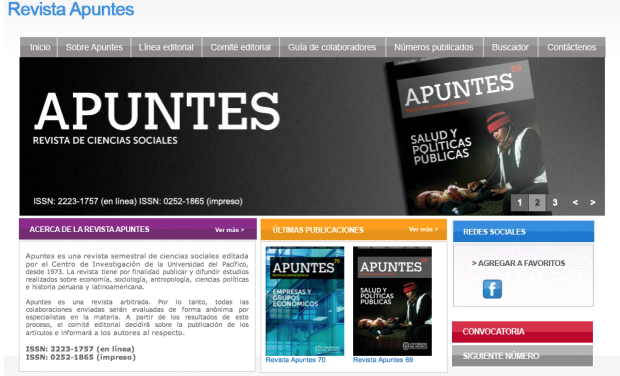 There are also electronic newsletters, which are a fast and cost efficient way of letting your audience know about new research and publications, as well as current projects, events and general news. Brookings, the Cato Institute, Chatham House and many others employ this form of communication, and they may be sent out on a weekly or monthly basis. The only catch is that your audience must provide their email address for these newsletters to be sent out.

Think tanks can also publish articles and promote research findings on platforms other than their own. One well known example of this is VoxEU, a policy portal set up by the Centre for Economic Policy Research alonside several other national sites, which seeks to promote researched based analysis on economic and financial policy. Articles are approved by the Editorial Board before being put up on the site. Additionally, its partner sites provide their best articles in Spanish, French and Italian. VoxEU provides RSS feeds announcing new articles by topic and author, to which interested individuals and institutions can subscribe.

Another platform is Yale Environment 360, a publication of the University of Yale’s School of Forestry and Environmental Studies. This online magazine features articles by environmentalists, scientists, journalists and business people on gobal environmental topics.

Most think tanks are concerned about their finances. But they also have a more nuanced set of concerns, making growth predictions difficult. OTT Founder and Director...

Think tank state of the sector 2022

This report provides an annual snapshot of the state of the think tank sector across the globe. Drawing on data from the Open Think Tank Directory and a think tank survey conducted by On...