Strategies to tackle the future: the case of youth unemployment

Think tanks face enormous policy challenges. Few are as complex as youth unemployment. I was invited to speak at the 5th African Think Tank Summit in  Accra, Ghana to offer a few ideas on how think tanks might go about informing youth unemployment policies.

The summit brought together think tanks from across Africa to tackle this complex social, economic and policy issue. My presentation focused not on policy recommendations for governments but rather on strategies for think tanks. Many drew from the lessons that emerged from the On Think Tanks 2018 Conference.+

Why should think tanks care about this?

There are many reasons why think tanks should care about youth unemployment.

Overall, this is an issue that offers a great opportunity for think tanks to stakeout a piece of territory for themselves. 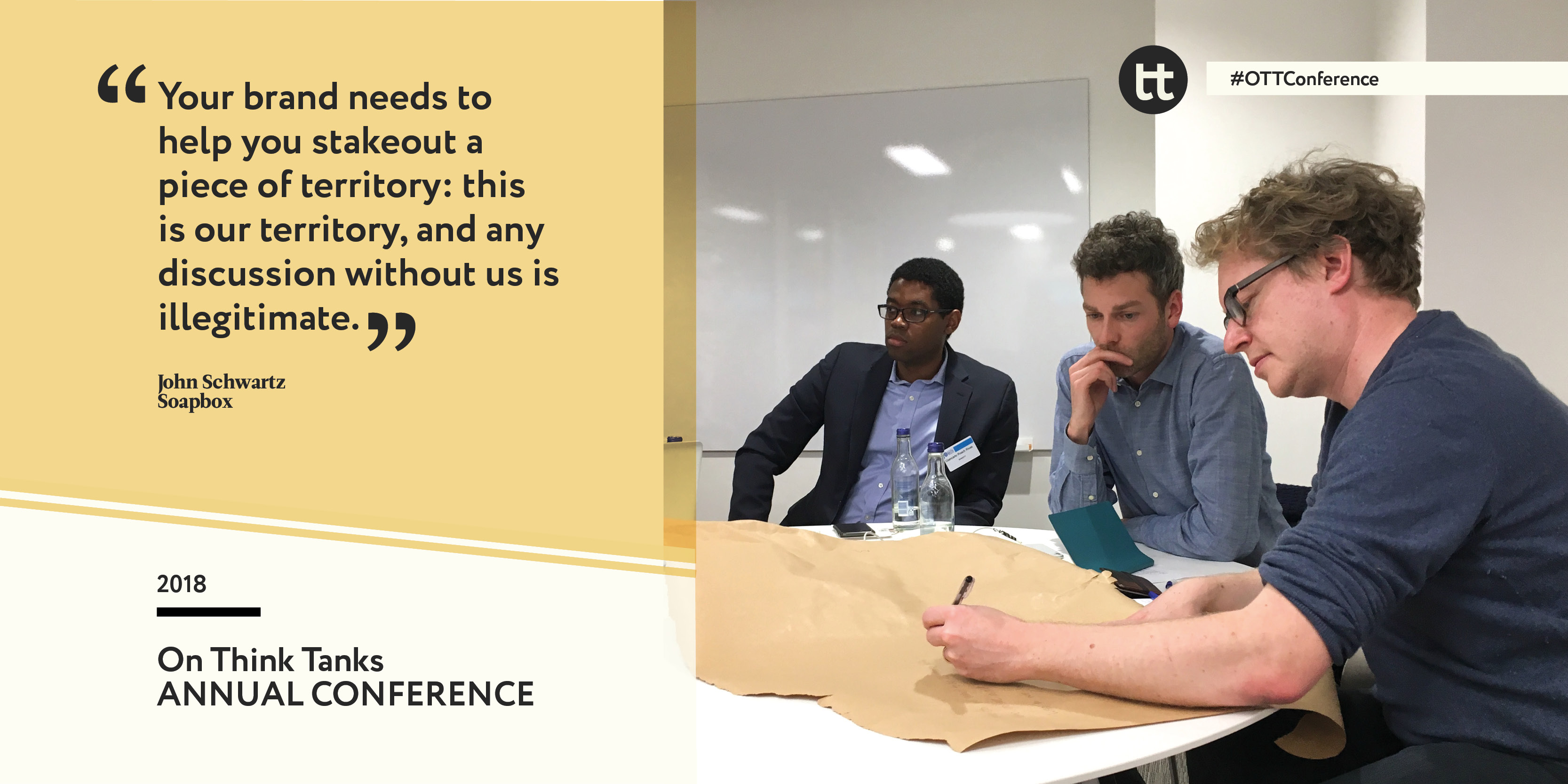 We know, from research by Andrew Rich, that think tanks that help define the policy problem tend to be better positioned when it comes to defining the solutions. Grappling with this issue offers think tanks the chance to develop credibility on an issue which is likely to play a central role in political discourse for many years to come. 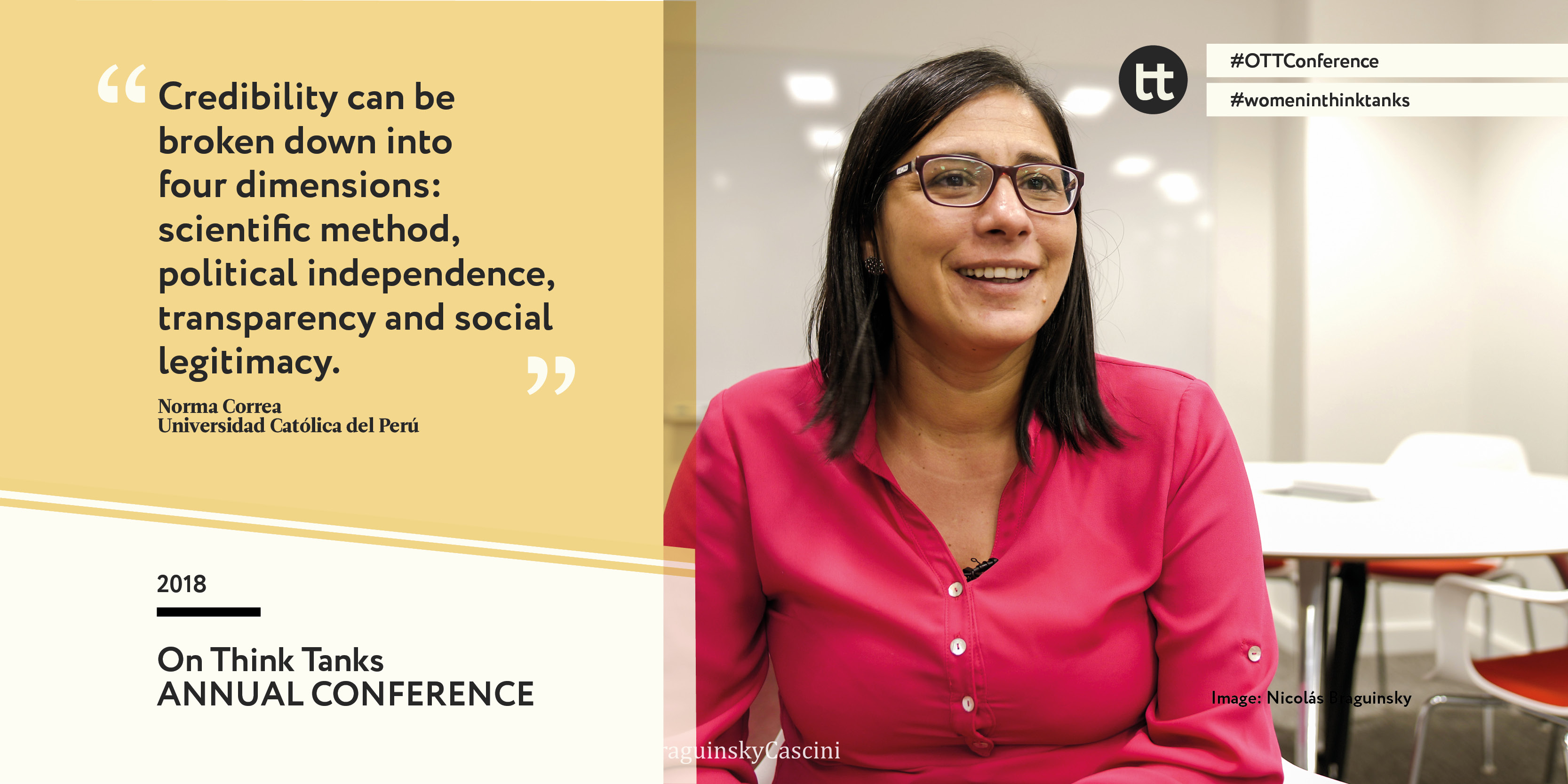 The summit focused on evidence informed policy recommendations for African policymakers. Unsurprisingly, there are many policy options for governments to explore, such as:+

How to promote policy changes to tackle youth unemployment?

Promoting policy change depends on many factors, including the nature of the policy recommendations themselves and the nature of the populations that stand to benefit from them. The case of young people is of particular relevance as it both provides an opportunity and demands that think tanks reflect on their current practices.

According to King and Crewe in their book, “The Blunders of our Governments“, one of the main causes of policy blunders is the cultural disconnect between those who design policies and those who are supposed to benefit from those policies.

The case of youth unemployment is quite telling. Design and implementation challenges often stem from a dire lack of understanding of the needs and expectations of young people by policymakers.

Think tanks can play a role by helping to translate the needs and expectations of young people into the policy discourse. But they can do more. They can help young people to inform the way policymaking happens to improve their own participation in it.

But, are think tanks capable of reaching out to young people? 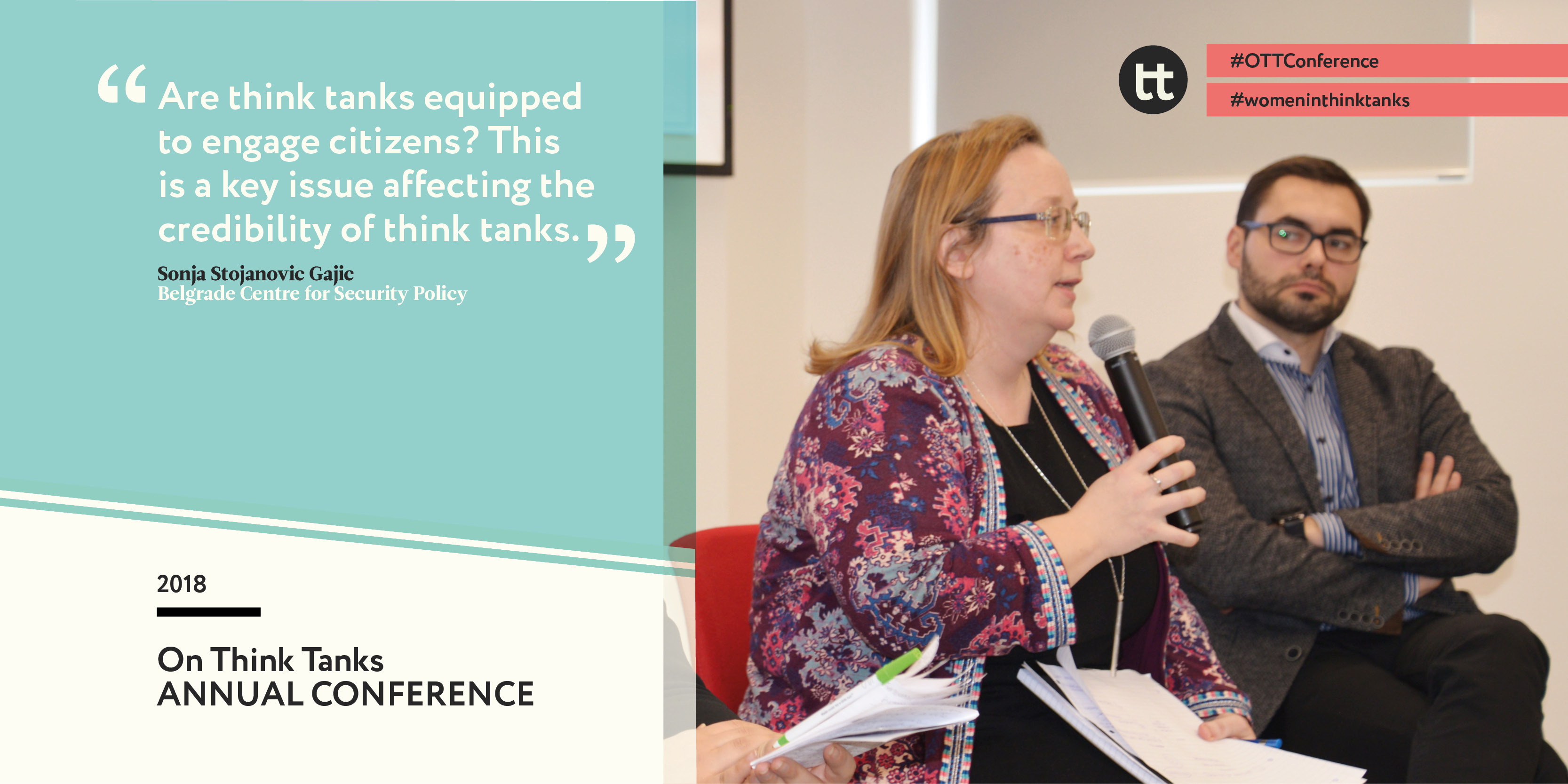 They might need to make some changes to how they work: 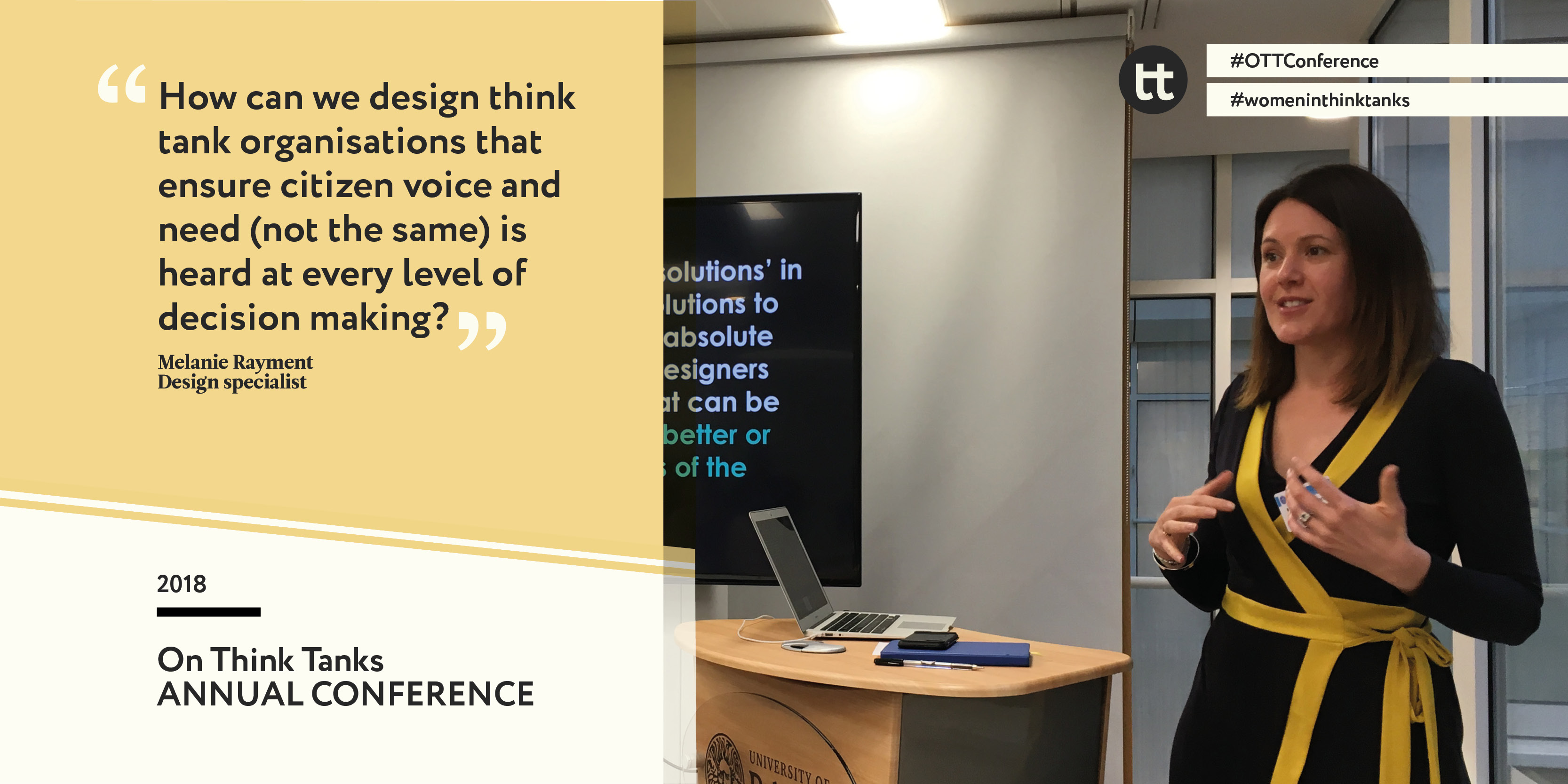 2) Think about the future

Think tanks are rather good at using evidence to develop policy recommendations. But evidence refers to what has happened or what is happening. Rarely do we see the introduction of future trends in their work.

Youth unemployment demands that think tanks take the future into account. According to an Oxford study on the Future of Employment (from 2013!) the least safe jobs from AI are:

According to Martin Ford the jobs that will no longer be available in the future have these characteristics: “routine, repetitive and predictable”

But what about rural to urban migration, pressure over public services and housing, global trade trends, etc.? These need to be incorporated into any research on youth unemployment that wishes to be policy relevant.

So what can think tanks do?

3) Look at the long-tails and differences

The challenge of youth unemployment largely comes down to the high diversity in the factors affecting unemployment among young people. Most might face similar constraints to joining the labour market but there is a significant minority that is likely to face very unique challenges and they will be harder to help:

It must be stressed that any analysis of the situation of young people (and youth unemployment) ought to pay close attention to gender and other differences. To address this, think tanks could: 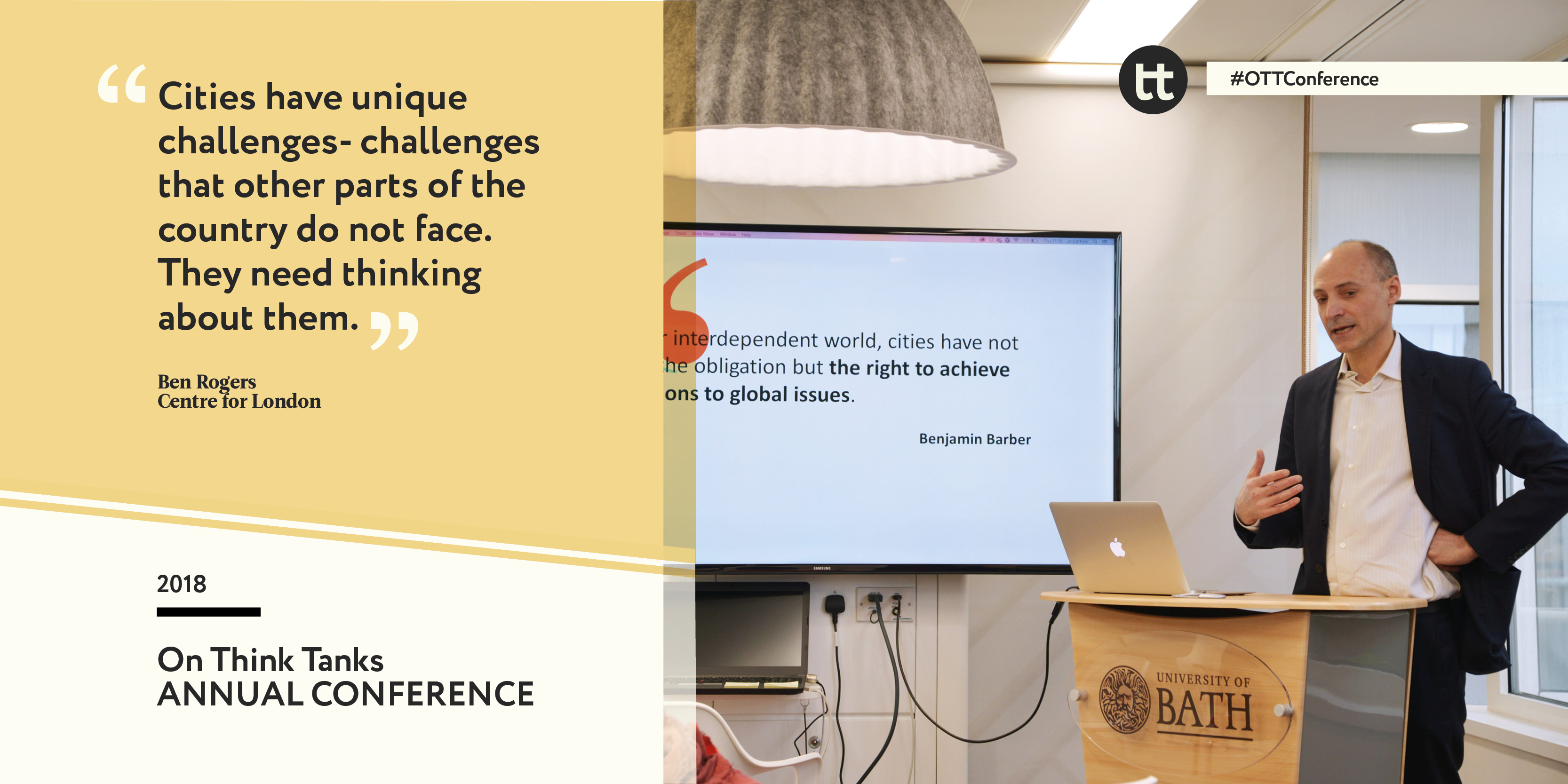 This is think tanks’ bread and butter. But in this case, the information that needs to be produced and communicated needs to reach new audiences: young people and their families, employers, teachers, etc.

Education and employment decisions are complex. They may define a young person’s life and these are often made by the family or the community rather than by individuals. But information about real costs and returns to education or job opportunities and career paths is lacking – more so for the poorest and most vulnerable. 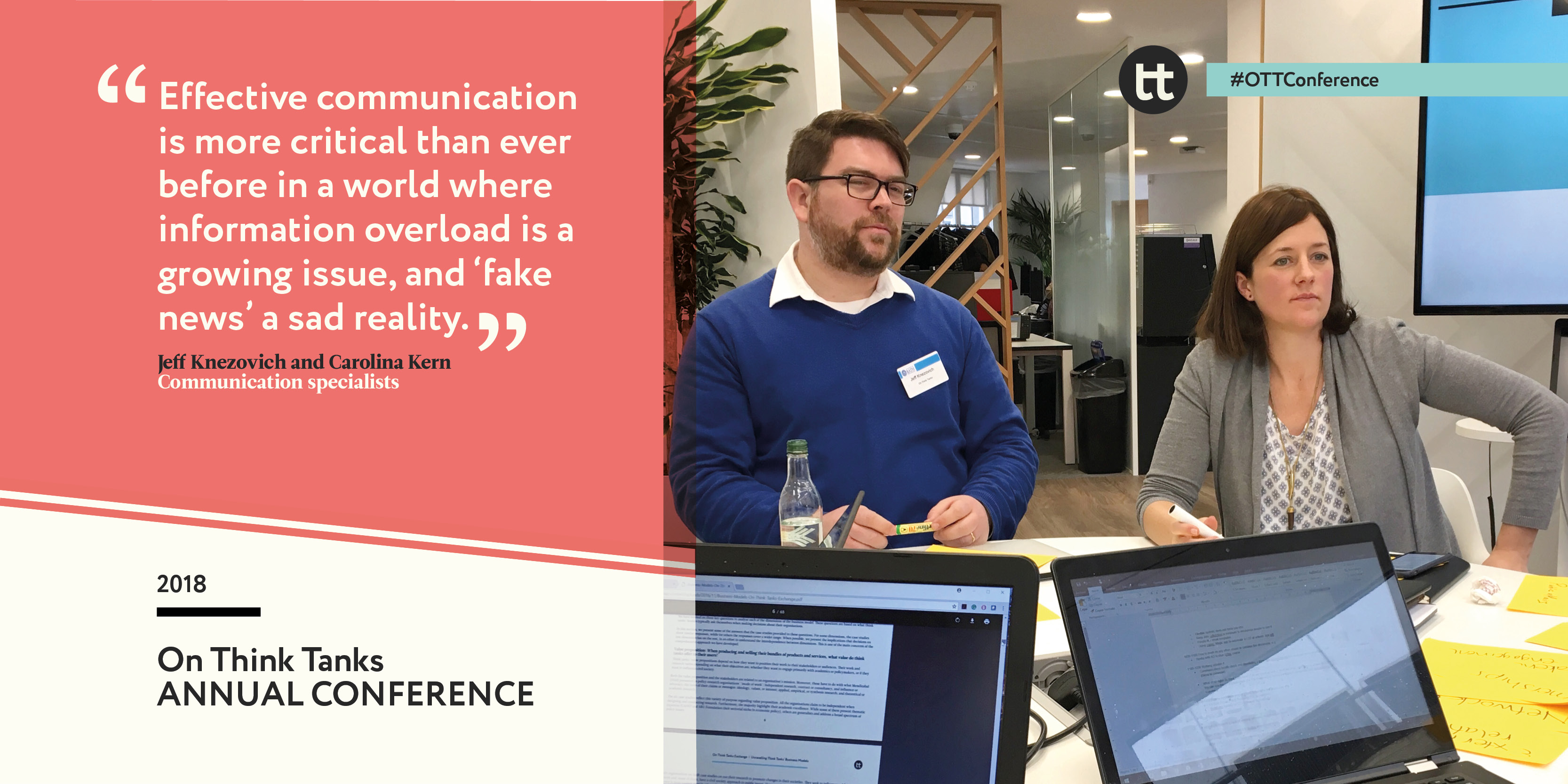 New technological platforms might offer young people opportunities to work formally -if the government works with these platforms.

Education might contribute by undergoing a process of redesign to respond to the real experience of the youth.

If think tanks want to promote these changes, they will have to work with other types of organisation.

Policy changes are necessary to bring about change at any meaningful scale. There is a lot of talk about the potential of entrepreneurship and some agencies have even given up on the idea of promoting the growth of the formal economy and traditional employment. But change, at a meaningful scale, will require policy change.

All of these are highly political changes and can easily backfire for those who promote them if they are not developed, promoted and implemented properly. Unfortunately, few think tanks are prepared to deal with an increasing complex and aggressive political context. + 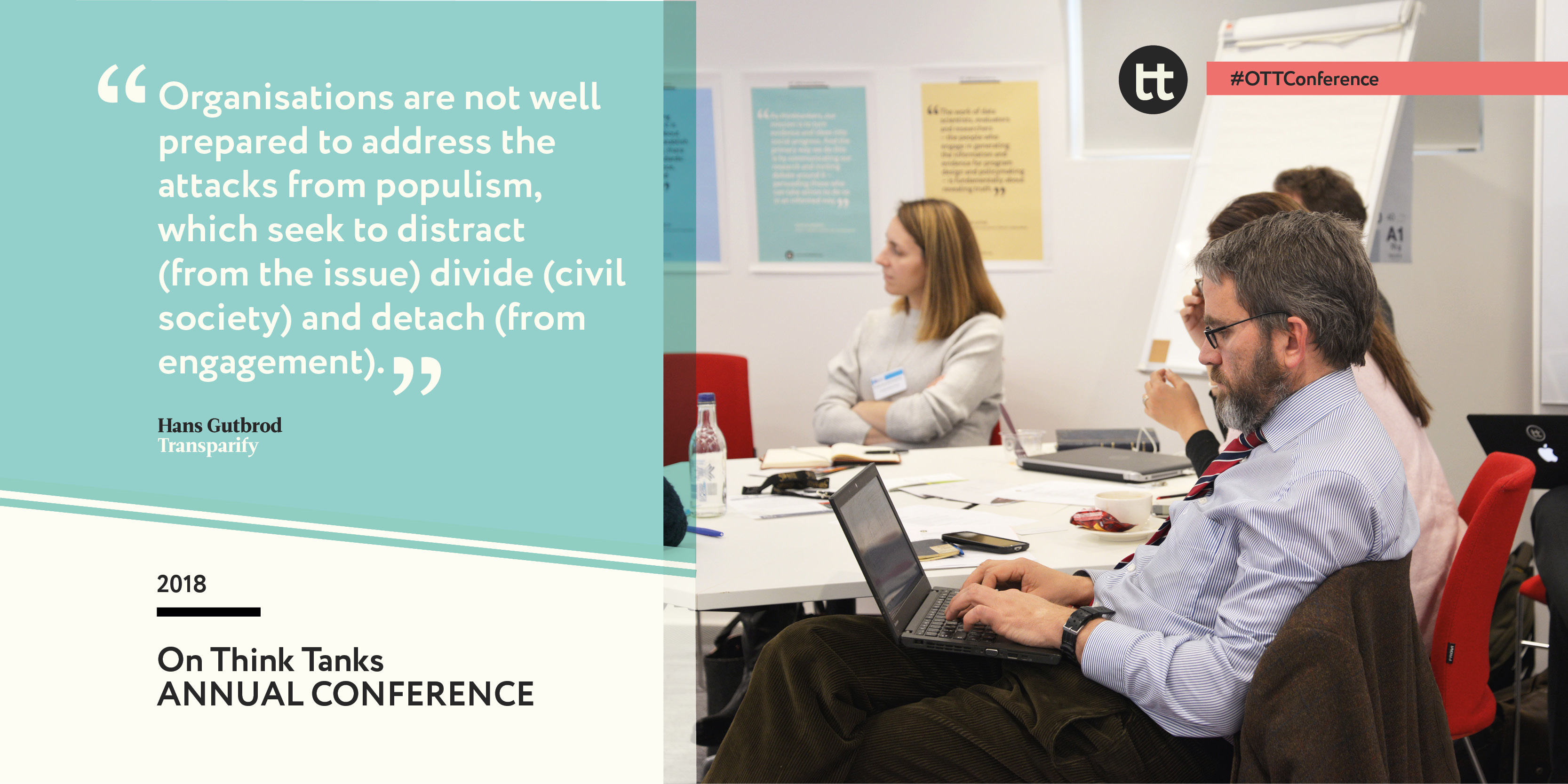 The talk lately, especially among many international aid agencies, is that so-called development actors need to act politically. This is incorrect and not enough. To bring about political change one needs to be political (which is not the same as partisan).

It requires think tanks to:

If there was ever an issue that think tanks ought to be paying attention to is youth unemployment – and maybe more than that: youth in general.

Either driven by pragmatic or moral arguments, it make sense as a policy focus. But this will require changes in their business models:

You can download the presentation here:  What can think tanks do to contribute to tackling youth unemployment in Africa?