[Editor’s Note: This blog was written by Oriol Farrés, Project Manager at CIDOB, Barcelona Centre for International Affairs for the On Think Tanks Data Visualisation Competition. Submissions to Round 2 are due on 2 October 2013!]

A solid academic and research approach has always been – and remains – at the heart of any think tank initiative. But there is a growing interest in making sure that any project includes an effective communication plan that ensures that the research will have also an impact on society, and that goes beyond the academic community to reach non-traditional audiences.

A few years ago, the communication challenge seemed to be how to reach a wider audience and send a message. However, living in an information-saturated environment where the public is  ‘infoxicated’ – i.e. drowned on news feeds, social networks updates, daily bulletins and email newsletters – the communication challenge for think tanks is actually how to have their voices heard in a noisy environment, and how to become relevant.

These challenges have led to a change in how think tanks – and academia in general – communicate their research. Traditional efforts for defining the best format for a final document (terminology, rules, conventions) or output relating to a project need to be left aside. Rather, we need to put more effort into understanding the real nature our network – i.e. an active audience – to make sure that we produce appropriate ‘packages of information’. In this context, the think tank’s role as information gatekeeper (in Figure 1 defined as the ‘container model’) is being progressively replaced by the role of information provider (the ‘filter model’), that simplifies the complex informational environment by “subtracting the obvious and adding the meaningful”.

(Described and hand drawn by the author)

A possible strategy for keeping their audience active and engaged is to favour an alliance between communicators and researchers – a coalition of brains that can guarantee that the top quality research will be efficiently transformed in several information packages. Data visualisations have a clear role to play in that regard.

Why should a think tank produce data visualisations?

For long time, statistical graphs have been used in social sciences, the most well known of them being the bar, line and bubble charts, which were developed at the beginning of the 19th century by Scottish statistician Willam Playfair. In cartography, the use of maps – abstract images that represent territories – have been an effective way to visualise data (both geographically and thematically) since they are particularly good tools for communicating quantitative information.

Text alone is a great tool for communicating abstract concepts, proceedings and instructions or even presenting a set of alternatives within their conceptual context. This has been profusely exploited by think tanks through the production of documents, such as policy briefs, policy recommendations and research papers.

However, images are far better at showing structural relations (connections), indicating localisation or defining details and appearance. That is particularly useful to deal with some pressing issues of international politics, such as the need of mapping complexity, understanding networks or presenting geolocated information. Figure 2 is a good example of one story that can be effectively explained in interactive images but that would be dense and incomprehensible in text. 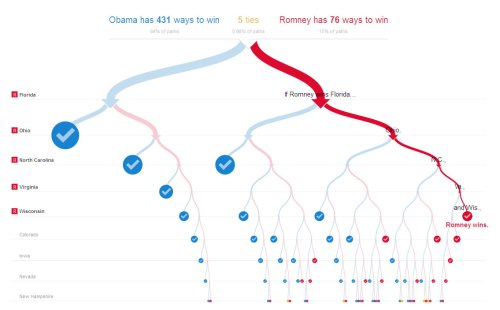 There is a powerful trend of convergence making research and communication come to a fertile common ground for think tanks. By definition, data visualisation is a discipline that can affect positively both areas: on one hand, fuelling the capacity of the research and data analysis by improving the ability to extract conclusions and project scenarios; on the other, making the approach to results more attractive, visual and intuitive.

According to Stuart Card, visualisation is a cognition amplifier since it can concentrate huge amounts of information in a reduced space (one frame) that can be retrieved easily and quickly (imagine all the information contained in a topographic map, and the same amount of information, described with text). 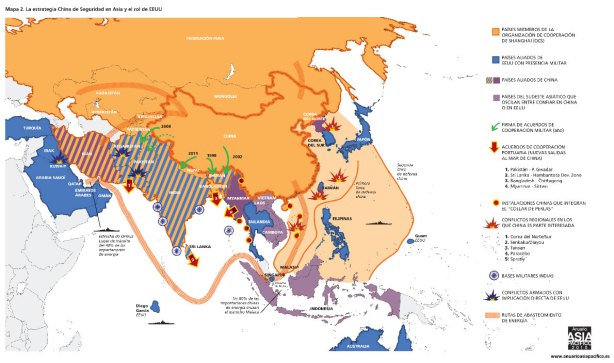 In this example, CIDOB presented an overview of the Chinese strategic backyard. All the contents of a 20-page  paper on Chinese Security Issues were synthesised and pictured together in this conceptual map.

Applied to data analysis, data visualisation allows us to extract conclusions from massive samples that probably could not be identified through other approaches.  Visualisation is a particularly good tool for supporting perceptive inference (extrapolating), underlining patterns (recurrent behaviours) and finding outliers (exceptional behaviours).  Another advantage of visualisation is that, unlike text, it is not sequential. It allows concurrent understanding of information (favours parallelisms). This is particularly useful when managing and interpreting huge amounts of data, something that is increasingly possible with computers. In the field of social sciences, computers’ capacity to process data and to create complex graphics have fuelled the need – and the ability – to produce, process, analyse, store, transform statistically and share, very complex visualisations based on massive amounts of data.

Open data initiatives that, in light of the paradigm change (fig. 1), are transforming the role of government agencies and international institutions from ‘data gatekeepers’ to ‘data providers’. International organisations, such as the World Bank, the IMF and the OECD have already created their own visualisation teams and organise visualisation contests based on their publicly available data. As a result, today we can access an unprecedented amount of official databases, and manage the huge amount of information that is available, downloadable and freely re-usable, something that is making the work with visualisations increasingly popular and creative. At the same time, this interaction between the active audience and public institutions has clear benefits in terms of government transparency, favouring at the same time the engagement of the civil society to the public affairs.

The second factor that is stimulating the emergence of visualisation is the rapid development of quality, open software for data visualisations. There is alreay a lively and creative community of users who contribute to its constant evolution, thanks to a strong collaborative culture and huge amounts of creativity. 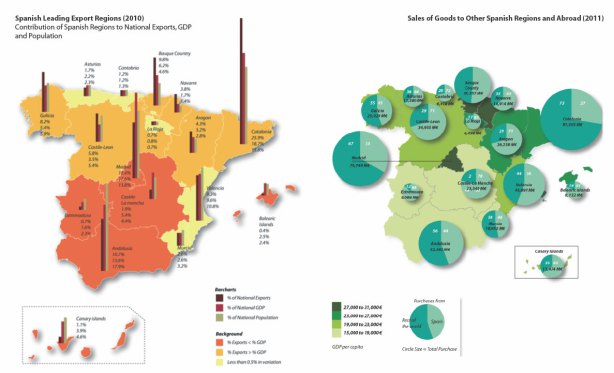 One of the strengths of data visualisation is that it amplifies our cognition, increasing the amount and the complexity of information that we can consider simultaneously. But when we think in its benefits for communicating with this active audience, probably its major feature is the possibility of creating interactive visualisations, that would be unthinkable using traditional tools. By creating interactive visualisations, we invite users to explore the information and sometimes play with the data, which clearly enhances the experience. This is also very efficient in terms of time since the user can search and select only the information required, which makes the process highly effective and more relevant to end-user needs.

Indirectly, and by using the tools of web analytics, this interaction provides information on the user’s community interests and expectations, assessing the process of communication and allowing direct feedback between the institution and the public.

Visualisations have also proved to be excellent content to be shared in social networks due to their mix of visual attractiveness and relevant information, and can work as a shortcut for readers to access a more in-depth analysis, once they have visualised the essence of the research. 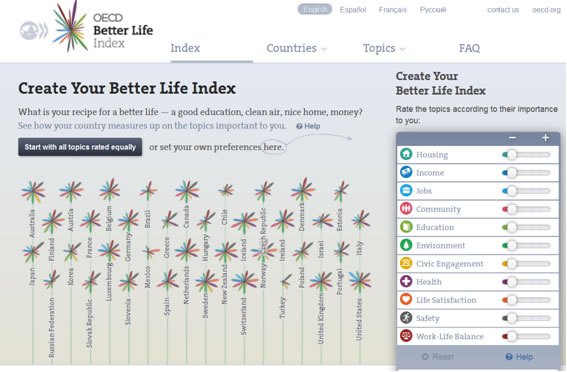 There is also evidence that visualising information is a more persuasive way to communicate than a plain verbal or a written text. This is important for a think tank if we consider that its function is not limited to the dissemination of research, but also to influence the audience towards their vision of a particular policy or action. Visualisation performs particularly well in the field of advocacy, but it must be wielded wisely: although visualisations can allow complex to be visually processed, complex issues nevertheless remain complex ‘behind the scenes’ in a visualisation, and demand a rigorous and solid background work. Luckily think tanks are well positioned to provide such deep analysis.

Last, but not least, visualisation is a very attractive way of presenting information. This is a double-edged sword. A visualisation’s attractiveness may be a major strength, but it may also be its biggest weakness since it is relatively easy to be seduced by the ‘eye-candy’ effect. In other words, it’s too easy to allow form to trump content, even – or perhaps especially – when that content is not as clear-cut as the graphic can lead a viewer to believe. This is a real temptation that, fortunately, can be avoided if in producing data visualisations we focus on good design, which in John Maeda’s words: “provides meaning in an uncertain world, by marrying form with content, and content with context”.

The skills and profiles needed for producing solid visualisations of information in think tanks are not yet very commonly found in these organisations. One could say that the discipline is still on the fringes of think tanks’ traditional ‘comfort zone’. But if these skills seem so uncommon now, remember that those of a community manager, the press officer or the graphic designer that were once uncommon are today considered integral to the success of a project.

The use of visualisations is still an emerging process in social sciences, and for think tanks. But their utility is a clear opportunity to gain a louder voice in the ever more competitive arena of international affairs research.

Most think tanks are concerned about their finances. But they also have a more nuanced set of concerns, making growth predictions difficult. OTT Founder and Director...

Think tank state of the sector 2022

This report provides an annual snapshot of the state of the think tank sector across the globe. Drawing on data from the Open Think Tank Directory and a think tank survey conducted by On...