WinterSchool for Thinktankers 2017 – a report

On Think Tanks, in partnership with foraus, The Think Tank Hub in Geneva and the Swiss Federal Department of Foreign Affairs (FDFA), organised the first WinterSchool for Thinktankers. The venue was the city of Geneva – specifically, International Geneva.

The idea of the School for Thinktankers was first developed by On Think Tanks in 2014. It was designed to inform and inspire future think tank leaders, and as an opportunity for participants to learn about the various aspects of think tanking directly from practitioners.

The partnership between On Think Tanks,  foraus, the Think Tank Hub and the FDFA began on November 2015 on the sidelines of a meeting of think tanks at the Graduate Institute in Geneva. The partners saw the need to develop the next generation of think tanks- and the Think Tank Hub offered a great vehicle for it. After a year of planning, the first WinterSchool for Thinktankers was launched in October 2016.

The WinterSchool 2017 was held on 22-28th January in various locations in the heart of International Geneva. Venues included the Think Tank Hub (with its offices in the WMO building), the UN Library, the Geneva Press Club and the Graduate Institute. These settings offered participants a unique take on life as international policy thinktankers in a global city.

The outline covered five key topics through lectures and visits:

The sessions were complemented by a city tour, a welcome cocktail and panel, and group outings during the evening. These social events provided the space for participants to engage with each other and learn about and from their peers. 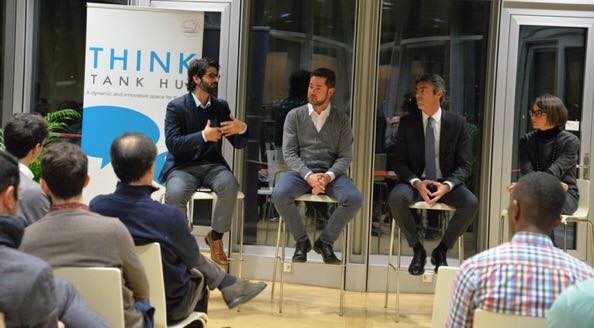 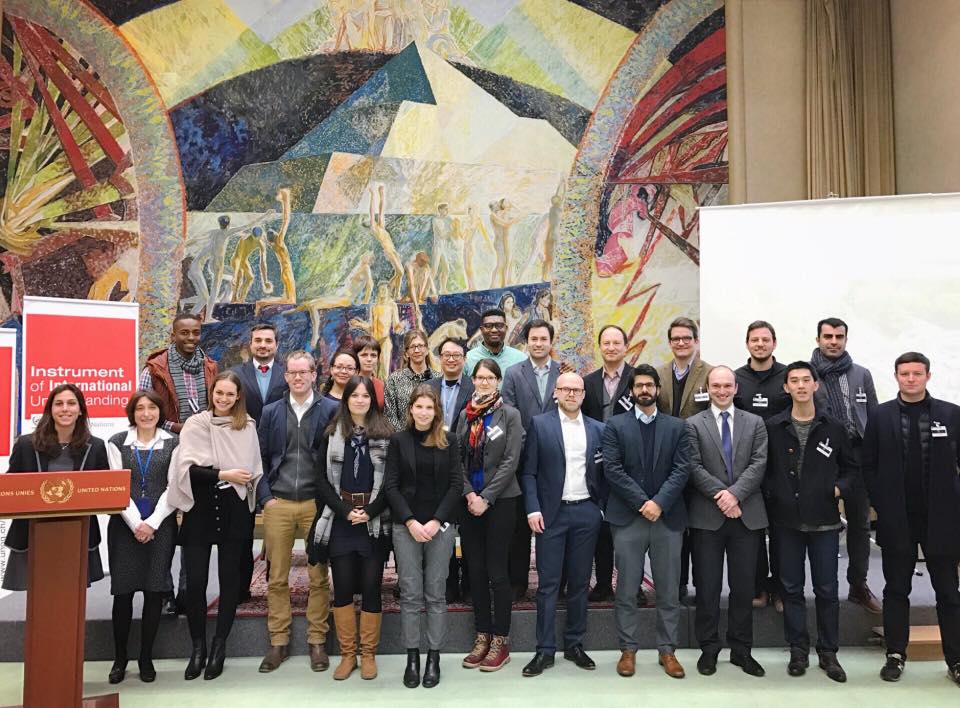 Participants and team at the UN Library. 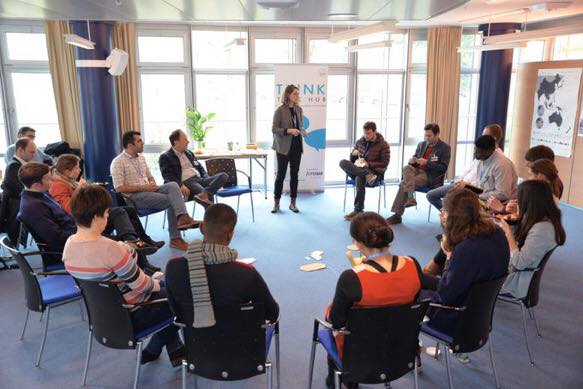 What did we learn in the first WinterSchool for Thinktankers?

The concept of a traditional think tank is contentious. The experiences of British political think tanks like IPPR were in clear contrast to those of international development think tanks, like IISD in Geneva. The model of foraus is quite unique as well: a bottom-to-top think tank supported by the engagement of a large network of volunteers.

We also learned that thinktankers are a mixed group. The idea of the typical thinktanker- the policy wonk- is based, much like the idea of the ‘typical think tank’, on idealised models. Many think of a thinktanker as an academic with little patience for teaching and an eye on hard-nosed policy analysis. However, think tanks have become attractive vehicles for policy entrepreneurs of all kinds, and the traditional model is changing to accommodate these diverse experiences.

Consequently, the WinterSchool had to adapt to and feed into the different agendas and interests of the participants. This was achieved through discussions, group reflection and by facilitated an honest exchange between participants, speakers and the WinterSchool team.

The visits, speakers and environment give prospective think tank leaders an opportunity to imagine themselves in the shoes of leading thinktankers, and Geneva offers a unique opportunity for those with a clear interest in shaping global policies and agendas (such as the Agenda 2030).

Feedback from participants suggested that the WinterSchool was of great value to them, but without meaningful follow-up the lessons and skills learned in Geneva will be short-lived. We will therefore work hard to develop both general follow-up support for all the participants and more specific engagement for those with ongoing projects and efforts to develop or lead a think tank.

Support in the future will include

Interested in attending a future edition of the School for Thinktankers? Click here for more information on when the next edition will be.

Our courses are developed from over 20-years of research and research-based experience supporting of think tanks, policy research centres, evidence informed policy initiatives and policy research networks around the...