In this short introductory webinar, we will examine how think tanks and advocacy organisations can use video to communicate important ideas and drive engagement around urgent campaigns through video content. Rather than looking at the ins and outs of production, we will take a far wider view, considering when video is the right engagement tool, what types of stories are useful for humanising and bringing clarity to complex policy issues, and the elements of successful video campaigns, from conception through distribution. During the webinar, we’ll look at examples of successful video campaigns and consider what made them effective in order to pull strategies that can be replicated. The goal of this webinar will be to leave participants with a clear sense of how video can be useful in achieving their own policy and organisational goals as well as an understanding of how they might conceptualise a video campaign or overall content strategy for their organisation.

This 1 hour webinar is an introductory webinar and will be free of charge. 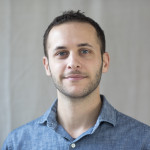 Michael Kleiman is an award-winning filmmaker and the founder of MediaTank Productions, a production company that specializes in public policy content. Michael’s feature documentaries include Web (2013), which won the Audience Award at the 2013 Doc NYC Film Festival and the Special Jury Prize at the 2014 Atlanta Film Festival, and The Last Survivor (2010), which premiered at the 2010 Oxford Film Festival where it was named Best Documentary and won the Audience Award for Best Film before going on to play over 250 venues around the world. In 2018, Michael spearheaded the We Have Rights campaign in collaboration with the American Civil Liberties Union and Brooklyn Defender Services.  The project, which was aimed at helping immigrant communities in the US better understand their rights during encounters with Immigration and Customs Enforcement, consists of four animated videos voiced in seven languages by an all-star cast of celebrities and activists. The series received millions of views upon its online launch and is currently being used by service providers, advocates and government consulates across the US.  Michael’s short films have been featured in The New York Times, Wired, NowThis and AOL. Michael was named a Fulbright Scholar by the U.S. State Department. He received a Master’s in Public Policy from the Harvard Kennedy School and a B.A. in Cinema Studies from the University of Pennsylvania.