Previous
Part of  About The On Think Tanks Exchange
Next

After reviewing the applications, the Steering Committee chose 10 candidates to join The Exchange.  We had originally said 8 would be able to participate, but the Knowledge Sector Initiative in Indonesia joined the Think Tank Fund and the Think Tank Initiative to support the participation of two local think tanks.This helped extend the reach of The Exchange to a new region.

In the end then the 10 participants include thinktankers from Ecuador, Peru, Brazil, Argentina, Hungary, Georgia, Ukraine, Slovakia, and Indonesia.

Petra Edina Reszkető is a Hungarian economist with an MPhil in Political Economy. Her main fields of interest are development of business environment (esp. supporting SMEs), local economic development aiming at social and economic integration, and measuring government efficiency /transparency. As founding partner of and senior researcher at Budapest Institute for Policy Analysis, a Budapest-based think-thank, she has led and participated in several evaluation and impact assessment projects covering related government and civil programmes in Hungary and in the Central Eastern European region. Prior to the foundation of the Institute, she worked for the Ministry of Economy in Hungary. She has a wide range of experiences with designing and running evaluation projects based on both quantitative and qualitative methods. She is also engaged in various civil projects aiming at promoting open government (see, www.amipenzunk.hu, www.mitigernek.hu, open data index). 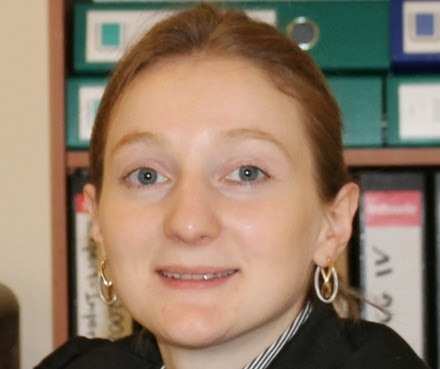 Irine Guruli works as a Program Manager for Economic Policy Research Center (EPRC), a leading Think Tank in Georgia. She is involved in economic policy research analysis, preparation of organization’s flagship product: quarterly and annual economic outlooks of Georgia. Besides, Irina works on budget oversight, monitoring of state funded programs, capacity-building of civic institutions, government agencies and the media for effective engagement in the economic policy-making and budgetary processes. EPRC works on empowering the general population with innovative tools to actively participate in the country’s economic life. 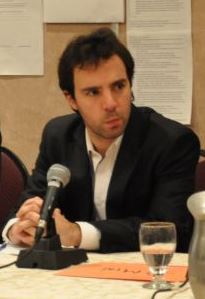 Leandro Echt is an independent consultant working on research and policy, focusing on think tanks and civil society organisations and  on developing their capacities to influence policy (influence planning, research communications, M&E of policy influence, fund raising and governance, among other issues). He is a member  of Politics & Ideas, a think net focused on creating collective knowledge about the links between research and policy. He works as a consultant for the Center of Analysis and Dissemination of the Paraguayan Economy (CADEP), organization that he represents as part of  he On Think Tanks Exchange. He has worked for more than five years at the Center for the Implementation of Public Policies Promoting Equity and Growth (CIPPEC), being the Coordinator of the Influence, Monitoring and Evaluation Program. Among other initiatives he coordinated the program “Spaces for engagement: using knowledge to improve public decisions”, a six-year program by CIPPEC and GDNet aimed at developing Latin American, African and Asian think tanks and researchers capacities for policy influence. He also coordinated Bridging research and policy in Latin America (www.vippal.org), a virtual platform addressing BRP issues. Leandro has an MA in Public Policies and Development Management (Georgetown University and Universidad de San Martín, thesis pending), Diploma on Evaluation of Public Policies, and BA in Political Science and Professorship of Political Science (Universidad de Buenos Aires).

Nadia Dobryanska is an expert on public administration at the Centre for Political and Legal Reforms (CPLR), a Ukrainian think tank. Her main activities are research and advice on the matters of administrative services, decentralisation, public administration, and local governance. As a member of the CPLR team, she advocates for the good governance principles and respect for human rights in public services, innovations in delivering administrative services to citizens, as well as decentralisation of public administration of Ukraine for better democratic participation in managing public matters. Prior to joining CPLR, she worked as an immigration lawyer at a Big-Four audit firm. Nadia holds a law degree of the National University of Kyiv-Mohyla Academy (Kyiv, Ukraine). 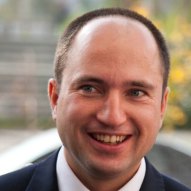 Mykola Stepanov is Executive Director at CPLR. His main responsibilities includes managing the think tank, financial management, budgeting, strategic planning, fundraising, institutional development, improvement communication capability of CPLR. He joined at CPLR from the private sector where we worked in strategic planning, budgeting, research, analysis, forecasting, PR, advertising, internet marketing, branding, loyalty programs, and motivation programs for personnel. After the Ukrainian Revolution of dignity in 2013-2014 he decided to join society to be an active participant in the process of building a new Ukraine. Mykola replaces Nadia for the last part of the project.

Ermy Ardhyanti works at Article 33 Indonesia. Ermy, served as coordinator of extractive governance division and Project Leader of IKAT-US Subnational project to promote good governance in mining industry at the subnational of Indonesia, the Philippines and Vietnam. She has experience in policy research and advocacy in non-tax revenue of mining, local policy related to extractive industry, Indigenous Peoples in the mining industry and mining decentralization  in South-east Asia. She holds bachelor degree of Public Administration from UNS Surakarta. The Article 33 team involved in The Exchange also include Lukman Hakim (Coordinator of Social Development Division) and Arsy Rahman (Researcher of Climate Change Division). 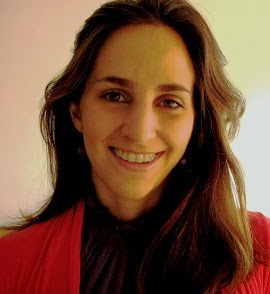 Adriana Arellano is Grupo FARO‘s Research Director. At present she leads the research project “Understanding the relationship between universities and think tanks in Latin America” and is implementing an initiative to apply prospective research in Ecuador. Before joining Grupo FARO she worked as a consultant to the Inter-American Development Bank and UNASUR and was first an Education Policy Analyst and then the director of Policy Management at the Coordinating Ministry of Social Development in Ecuador.

Adriana has a bachelor’s degree on commercial engineering with a focus on finances at the Pontificia Universidad Católica in Ecuador and a MA in Social Work and Social Policy Management from Florida State University. Her interests are social policy and education.

Francesca Uccelli has a degree in Anthropology from the Catholic University in Peru and a Master’s degree in Education and Human Development at the University of Columbia in New York. Since 1998, she has worked as a researcher at the Institute of Peruvian Studies (IEP) on issues including rural education, intercultural education, families and child socialisation, non-school based childhood education programmes, alternate secondary education in rural areas, secondary education in urban areas, initial teacher training, training and capacity building for teachers, and the role of organised teachers unions (SUTEP). More recently, Francesca has worked on social mobility amongst young people and the treatment of the issue of political violence in schools. Currently, she is an Associated Researcher of the IEP, Senior Researcher, Member of the Executive Board and Director of Finance.

Ashari Cahyo Edi (Hari) is a reseacher at Institute for Research and Empowerment (IRE), an NGO-based think tank in Indonesia. During 2006-2008, Hari was involved in advocacy project namely participatory budgeting and expenditure tracking in Central Java, Indonesia. His interest in corporate social responsibility (CSR) issues begun when he was facilitating tri-sector partnerships initiative (government-corporation-NGOs) in West Sumbawa, Indonesia, with support from United Nations Democracy Fund (UNDEF) in 2009-2010. After receiving his master degree in public administration at School of Public Policy and Administration, University of Delaware, USA, Hari is currently managing researches and projects in the area of community development and empowerment at IRE. Hari, replaced Bambang Hudayana who was first representing IRE in The Exchange.

Radka Vicenová is a Junior Reseach Fellow at the Centre for European and North Atlantic Affairs (CENAA). She received her master’s degree in Political Science at the Faculty of Philosophy at the Comenius University in Bratislava. During her studies she focused on the issue of extremism in Central and Eastern Europe. She has long-term experience in the non-governmental sector. As a project manager she cooperated with the civic association People Against Racism on several research projects within Slovakia and international networks (RAXEN, INACH, ENAR) focused on the analysis of the far right and neo-Nazi groups in the Slovak Republic. She has also participated on various projects in cooperation with civic associations such as People in Peril and PDCS. She joined CENAA in 2012.

Renata H. Dalaqua is Research Associate at the Brazilian Center for International Relations (CEBRI) and a PhD candidate in History and Politics at the Center for Research and Documentation of Contemporary History of Brazil (CPDOC/FGV). Renata holds a BA in Political Science (State University of Campinas, 2008) and a MA (Distinction) in International Politics and Security (University College London, 2011). Currently, her main research interests are: nuclear energy, environmental governance and international security.

The participants will also have access to a private online group and an intranet. This will make it easier for them to contact each other and share information. 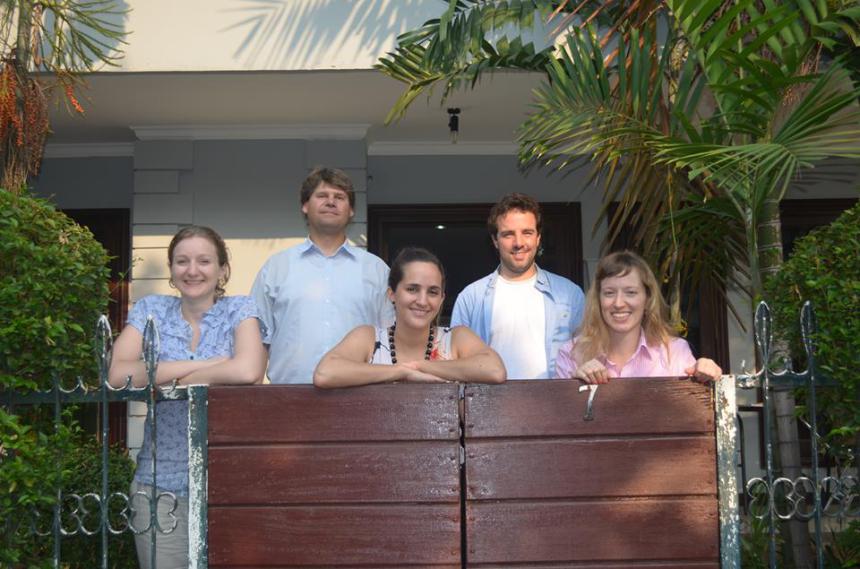 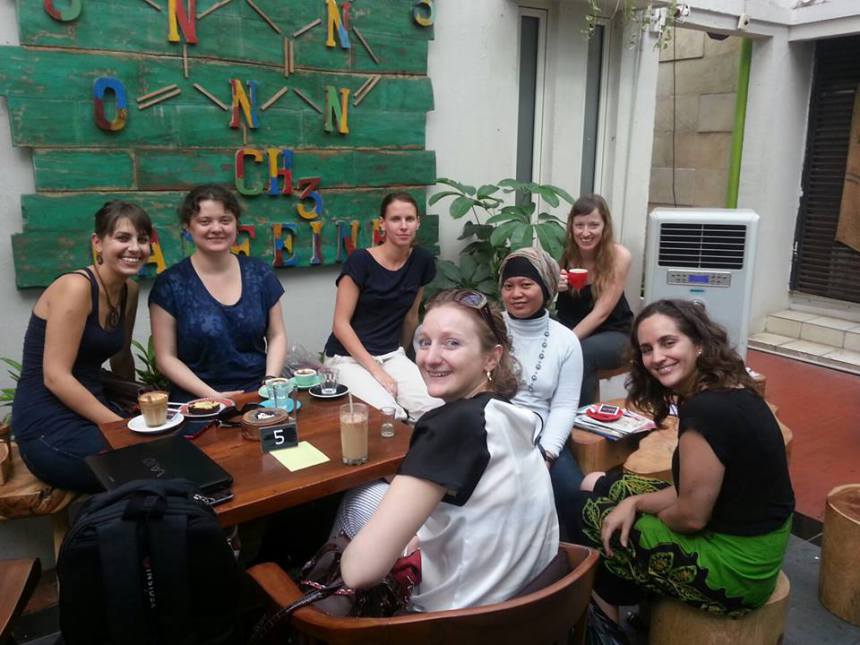