Meeting in Budapest: are virtual communications an alternative to face to face?

By  Stephen Yeo
Previous
Part of  Articles and Opinions
Next

Collaboration almost always sounds like a good idea, but in practice it is surprisingly complicated (understanding why this is so is one of the aims of the On Think Tanks Exchange). Designing a joint project when the collaborators are based in Indonesia, Peru, Slovakia and Ukraine and have only just met is an even more daunting challenge. But Article 33 Indonesia in Jakarta, the Institute for Research and Empowerment  (IRE) in Yogyakarta, the Institute of Peruvian Studies (IEP) in Lima, the Centre for European and North Atlantic Affairs (CENAA) in Bratislava, and the Centre for Political and Legal Reforms (CLPR) in Kiev took up the challenge.

The group met for the first time at the initial On Think Tanks Exchange meeting in Lima in March. Participants in the meeting identified their common interests and then organised themselves into teams to design projects around these shared interests. Two teams emerged: one focusing on performance self-assessment and the other on communications.

At the end of the Lima meeting both teams had a general idea of what their project might attempt to do, but there was still some way to go before they had a project ready to be assessed. The initial idea was to have another general meeting of all the participants in late May or June to refine the proposals, with final versions of the proposals submitted in July. Getting the entire group together again so quickly proved to be too difficult, and in any case the participants had divided themselves into two teams that did not overlap, so there was no great advantage to a general meeting. The performance self-assessment team decided they could work on their proposal virtually, through emails and regular Skype calls.

The communications team also began work using email and Skype, with “homework” after every Skype call, but they decided that a face to face meeting was needed to ensure that their ideas had converged. The need for a meeting became more pressing after Article 33, another think tank from Indonesia, who had until that point not joined any of the teams, expressed an interest in joining the communications project. Integrating the ideas of researchers who had met only once was hard enough: adding researchers who had never met was far too difficult.

So a meeting was needed: 2 to 4 July in Budapest soon emerged as the only feasible dates. One participant from Indonesia, Bambang Hudayana, from IRE, was not able to attend: Ramadan fell in the month of July and he was already committed to a pilgrimage to Mecca, something none of us anticipated. But Ermy Ardhyanti from Article 33 could attend and the meeting went ahead. The Think Tank Fund, one of the supporters of The Exchange, generously agreed to host the meeting at their offices.

The first day of the Budapest meeting was devoted to integrating Article 33 into the project. They had access to the existing project documentation, but the documents clearly didn’t give the full flavour of the discussions that had taken place and the details of who was interested in doing what. So day one was devoted to exchanging information and getting to know each other. 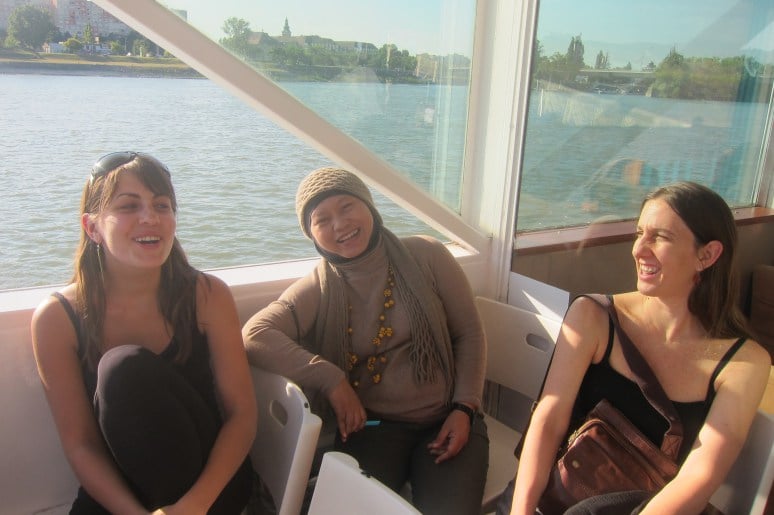 On day two the team got down to work and focused on drafting the text of the proposal. The initial ideas from Lima were promising, but very general. The work done following the Lima meeting had refined and focused the ideas but there was still more work to be done. By mid-day on Friday, however, there was a rough, but complete draft of the proposal. The team celebrated with a short cruise on the Danube, dinner and then everyone went their separate ways.

There was more work to be done to polish the proposal, but that could be done by email in the days to follow. The two and a half days in Budapest built a team and produced a rough, but serviceable plan for the project: sometimes virtual encounters are not enough and face time is needed.

Is funding for transparency, participation and accountability (TPA) decreasing? Who is funding TPA now? What specific issues and countries are they focusing on? I’ve...

Lacking in ‘capacity’? Why workshopping isn’t always the (whole) answer!

In the Summer of 2005, I can remember watching a report during the evening news on the state run national broadcaster in Zambia on the implementation of the first...

Five lessons from working for a leading European think tank

A recent career change has triggered a reflection on over five years working for a leading European think tank. From my personal experience, here I share five of the most...

Challenges for think tanks in the era of the ‘new normal’

The Covid-19 pandemic has forced us to face problems that we did not know existed, and to adapt to the implications of a new reality. In the professional space, even...

This report focuses on key questions on think tank funders, their rationales for funding think tanks, the trajectory of funding, and issues suggested for further...