Round 3 of the On Think Tanks Data Visualisation Competition is currently open for submissions. We’ve had some great entries in both Round 1 and Round 2, but this is the last open call for entries (the deadline is 20 November at 23:59 GMT!)!

The judges want it to be the biggest and the best round we’ve had so far so each of them has taken a minute to offer their advice when it comes to data visualisation — what works, what doesn’t, and what are they really looking for when judging the data visualisations. We’ll be posting their thoughts over the next couple of weeks.

As this would normally be a day for the series on Taking Think Tank Communications to the Next Level, and as the on think tanks team has been particularly busy getting some new and exciting initiatives off the ground (watch this space!), let’s start with Jeff Knezovich, who would normally have had a post today. Don’t worry, he and Melissa promise the Think Tank Communications series will be back soon! 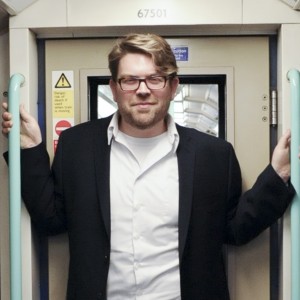 In your opinion, what makes a good data visualisation?
At the end of the day, data visualisations are a communication tool. It’s important, therefore, that they follow common communication practices in order to make them as effective as possible. That might mean making them ‘sticky’ (i.e. memorable). Chip and Dan Heath suggest that is done SUCCESsfully — by keeping it Simple, making it Unexpected, ensuring it is Credible, relating it to something Concrete and tangible, appealing to Emotion, and telling a clear Story.

Obviously, data visualisation is a visual medium (it’s in the name!) and that also has a few important implications. A data visualisation should be instantly understandable; they can contain more information on closer inspection, but if it doesn’t have an immediate impact and increase my understanding of a topic, I won’t give it a second glance. In that sense, I think aesthetics are incredibly important, and that is almost always a case of less is more! Recent research by MIT and Harvard also give us a hint at what to include in data visualisations to make them memorable.

What are your data visualisation pet peeves?
At my previous work I was known as the ‘pedant’ (a badge I wore proudly). I’m a stickler for accuracy — in facts, in wording, in grammar and punctuation. It means I have a lot of ‘pet peeves’, but it also means I don’t give data visualisations a free pass (and I’m inspired by WTF Visualizations here, which is a GREAT catalog of what NOT to do when it comes to data visualisation). Here a few of the things that really rub me the wrong way when I’m looking at data visualisations:

What one piece of advice would you give to someone staring down a spreadsheet full of data and who is interested in making it more accessible?
Focus on the message and keep it simple! Data visualisations don’t have to be massively technical or massively complicated to be effective. In fact, it’s usually exactly the opposite. Narrowing things down is always difficult, and it’s worth trying a few different angles and approaches before settling on one. But don’t forget to do a final ‘cull’ to make sure only the information you need to make a point is presented — nothing more, nothing less.

Also, I’d suggest always being on the lookout for new ideas, tips and techniques. I love watching the #datvis and #dataviz hashtags on Twitter for inspiration. And if you want to see what I’m reading about data visualisation, you can always subscribe to my Flipboard Magazine.

Do you have a favourite data visualisation from outside the competition (can you narrow it down to one)? What is it and why?

Well, outside of communicating research, my other favourite past time is probably cooking. That’s why a recent interactive data visualisation from Scientific American that shows how the flavours of the most common foods are related is right there at the top of my all-time favourite visualisations. Mmmmm, parmesean cheese and white wine!

But seriously, it manages to convey a lot of information in a very succint way. It also ticks the box of being ‘unexpected’ — some of the things that one would never consider to be related actually share flavour profiles. It allows for some interesting experimentation in the kitchen!

Previous
Part 3 of  Think tanks & data visualisation
Next
About the author:

How to get started with video for policy communications

This article has been cross-posted, read the original post on Cast From Clay. Stories are essential in policy communications. That’s because research is never...

OTT Consulting is facilitating a partner and stakeholder consultation and engagement process to inform the implementation of the Luminate Foundation´s organisational strategy refresh...