When we met: the On Think Tanks 2017 conference

At On Think Tanks, one of our big recommendations for organisations facing financial constraints is to take advantage of the free resources that are available. We are a group of 14 core team members living in eight different countries who communicate via email, share documents on Dropbox and Google Drive, and have regular team meetings via Skype. Contact with our extended network works in a similar way. We use free online resources, and most of us are able to work from our homes or shared office spaces. In essence, we try our best to keep our overhead costs down and invest our funds where we feel they are most needed.

With this in mind, after more than 6 years in operation, we decided to hold the first On Think Tanks Conference this past February in London. All of us flew into London, excited to meet and work together for three days straight. More than an opportunity to finally meet, it was a chance to talk about our projects, both existing and in the works, get feedback and new ideas, and work together on solving some of the issues we will face in the coming years.

To take full advantage of this opportunity, we divided this event into two parts: 1) the team meeting, and 2) the open meeting. For the first day and a half, the OTT team heard presentations from fellow team members on existing and upcoming projects, and worked in small groups on initiatives we want to take forward.

As part of our communication efforts, we filmed one on one interviews with each team member. As OTT’s content manager, I had the opportunity to conduct all of these, and what became very apparent is how passionate everyone is not only about their work, but about the think tank sector itself. We are a group of people that truly believe that think tanks have the capacity to make a contribution to the world and how research can, and should, inform policy. Some team members have been working in or with think tanks for more than 40 years, and others have just began (like myself). Regardless of this bridge in experience, what is evident is that we work in this sector because we believe in it. I don’t intend to toot our own horn, but it is a unique group of people from very different parts of the world and professional backgrounds who share the principle that facts, research, and evidence should shape policy around the world. And we work to uphold that principle.

For the second part of the conference, the “open meeting”, we were joined by over 30 thinktankers, communicators, and editors and managers of different institutions working with or studying think tanks. We heard presentations from John Young from the Knowledge Sector Initiative in Indonesia and ODI, Peter da Costa from the Hewlett Foundation on the Think Tank Initiative, Guy Lodge from Kivu-International on supporting think tanks in Zambia, Hans Gutbrod from Transparify, John Schwartz from Soapbox on the future of think tank communications, Stephen Yeo and Jeff Knezovich from OTT on the Open Think Tank Directory, and Vanesa Weyrauch on the OTT Fellowship Programme. More than presentations, these became open floors for discussions.

As might be expected, this gathering was a significant investment for us, not only financially but also time-wise. In the months of planning ahead of the event, and as decisions were made along the way, we were careful to consider what the return would be. We wanted to start conversations that led to direct outputs. We needed to establish new connections with colleagues outside of our core team, and gain traction (and support) for some of our bigger projects in 2017 and 2018. Finally, we are at a place at OTT where the tide is changing. The team has been established, we have a new Advisory Board, and our funding has been renewed for the next two years. There are new, bigger, projects in the pipeline and we have to expand our funding portfolio. The team has grown, and a new governance structure is required to manage our outputs, the events we attend, and our capacity building initiatives. OTT has been in operation since 2010 and have since managed to become a platform that provides constant content to our followers. We stand by our advice to keep your costs low- use online tools as much as possible to interact and avoid overheads as much as possible. When the time is right invest in what is best for your development, keep in mind that it’s people first, and get the most mileage out of your investments.

Stay tuned for what’s coming. Over the next few months we’ll be sharing the Open Think Tank Directory, one on one interviews with the OTT team members, along with new articles and resources based on discussions held during the conference.

In the meantime, here are some snaps from the event. 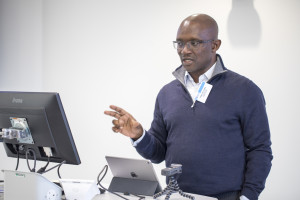 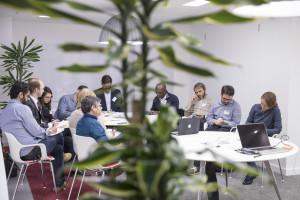 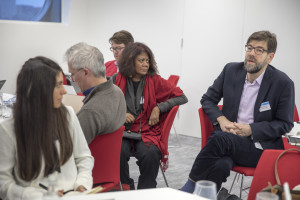 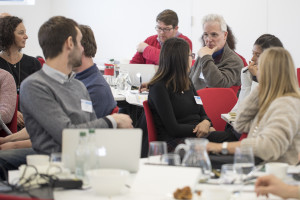 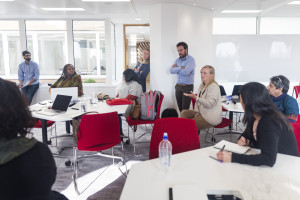 From left to right: 1) Peter da Costa from the Hewlett Foundation on the Think Tank Initiative, 2) During a discussion on how to mobilise domestic funding in developing countries, we were joined via Skype by Jenny Lah, consultant for the Hewlett Foundation, 3, 4 & 5) Presentations became open floors for discussion, 6) Wrapping up the first half of the conference, the OTT team met to discuss clear outputs for the coming months.

Support for the Latin American Evidence Week from UNICEF

Project brief The objective of this consultancy is the conceptual development and production of a series of events for the "Semana de la Evidencia 2021" (Evidence Week...

What makes a policy work and how can think tanks support this?

This is an important question given that policymaking is a critical activity of governments and impacts the lives of all people across the globe. Think tanks play an...

I have been part of small and large organisations, each with their own complexities, challenges and advantages. By 2016, I thought I’d done the communications rounds:...

Three lessons on evaluation: why thinking about usefulness, communication and learning matters

The article by Ajoy Datta from OTT covering lessons on devising, revising and evaluating strategies for funding organisations inspired me to pull together three critical...

Production of MEL training videos for IDRC and KIX

Project brief In partnership with IDRC and KIX, OTT produced a set of videos for the MEL training of regional grantees. The scope of the work included supporting the production of six...

The Overseas Development Institute published a piece on racism in the international development sector and how to address it. However, there was very little on how...